How will Brexit affect you if you want to buy a property in Spain?

If you’re considering buying a property in Spain, it’s likely that you’ve spent the last couple of years pondering how Brexit will affect you. For some, the postponement of the deadline until October 2019 will be welcome news that they have more time to make their dream of living in Spain come true, while others may have been hoping that the negotiations were finalised, so they know where they stand once and for all.

While it may be frustrating that there is still some uncertainty as to what Brexit will mean for UK citizens living in Spain (depending on whether there’s a deal or not) for those who have their hearts set on moving to Spain the delay does mean there’s now longer to apply for residency in Spain.

Can you apply for residency in Spain if you are a UK national?

As the situation currently stands, the Spanish Government’s Royal Decree which was announced in March 2019 protects the rights of any British citizens who are living in Spain prior to the UK leaving the EU. This means that UK nationals living in Spain before this date will be able to retain their Spanish residency and access to healthcare in Spain.

If the UK leaves the EU with a deal, UK citizens can apply for residency in Spain so long as they arrive in the country before 31 December 2020 and will continue to have the right to reside in Spain for as long as they remain living there.

What happens if there’s a no deal Brexit?

However, if the UK leaves the EU without a deal, UK nationals living in Spain before the UK leaves will be considered legally resident for 21 months, regardless of whether they have a current residency document. It is yet to be decided what will happen long-term if there’s no deal.

What if I just want to buy a property in Spain but do not want to live there?

For those simply looking to buy a holiday home in Spain, whether there is a deal, or no deal Brexit is unlikely to make much different to them. The Spanish Royal Decree does, however, mean that British tourists using the EHIC scheme for free or reduced medical costs if they need to see a doctor or nurse in Spain will continue to be able to access these services for free.

What do we know for certain?

Whether the UK leaves the EU with or without an agreement, any UK nationals living in Spain will need to apply for a Foreigner’s Identity Card (TIE), to retain their residency in Spain. This can be obtained in person at designated police stations.

How long do you have to live in Spain before you can apply for residency?

You can apply for permanent Spanish residence in Spain once you have legally lived in Spain for five continuous years. If you choose to, you can apply Spanish Citizenship after 10 years.

Should I move to Spain before or after Brexit?

It’s impossible to know at this stage, exactly how Brexit will affect Britons who choose to live in Spain. However, if you’ve got your heart set on living in Spain the current advice is that moving before the 31 December will likely make the process smoother, as obtaining residency after this may be more complicated.

There are other things to consider before making the leap though, such as healthcare and finances. Looking into healthcare insurance options is advisable in case there is not a reciprocal agreement between the UK and Spain after Brexit. Registering on the Padrón – a re­gister of all the people res­id­ent in the town/area, which is similar to the electoral roll in the UK – can help you access healthcare in Spain though.

For help finding an English-speaking lawyer in Spain contact us on 01244 470339 or email info@worldwidelawyers.co.uk. We can also put you in touch with Spanish mortgage brokers, currency specialist and estate agents, who can help you buy safely and efficiently in Spain. 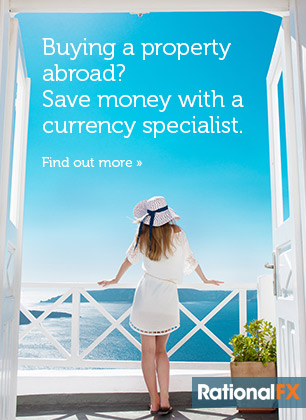